Yesterday I ran into an old friend in the copy room. We'd known each other long before we started teaching at the same university, chatting with each other at open houses and baseball games. I put my arm around his shoulder, feeling his age through the crisply-pressed blue dress shirt. He kissed my cheek, leaving a soft, dry impression against my skin.
"I'm so sorry," I whispered into his ear. "How are you doing?"

"Not so good. It got worse once I started home." His eyes never left the copier key pad.

"It's hard to lose a parent," I offered. "Mothers are the hardest. No matter how old we are, losing a mother untethers us."

Looking up then, his eyes glossy, he crumpled his mouth into a sort of smile. I could see he knew what I meant. He had been set adrift, too.

I've been lost since my mother died, her passing sending chaos into the order I thought I'd imposed on my life. Such a smarty pants, I'd been. This was my new truth: my roots had been yanked. The ink on the map disappeared. I'd lost the paddle, and my boat had sprung a pretty big leak.

Years ago, if you'd have told me that I defined myself through my mother, I'd have laughed, telling you high tales of my independence, offering storied examples of how different my life had become, how separate from hers, how my road was less traveled. Yet, here I am, my outline muddled, the sharpness of my features smudged, lost in the woods. With my mother's tired body went part of my history, an awareness of me before I was.

The night of my mother's funeral, I drank too much while I sat on my sister's porch. We told tales late into the night, cold glasses in our hands, a small candle burning on the table. My husband and sons brought me home gently, strong arms supporting me. Home again, I went straight to bed, taking the stairs slowly, grief and gin seeping through me. My daughters sat on the couch, having long since shed their funeral clothes, leaning against each other for comfort.

"How could you?" one asked me the next day, misunderstanding the past night's events. 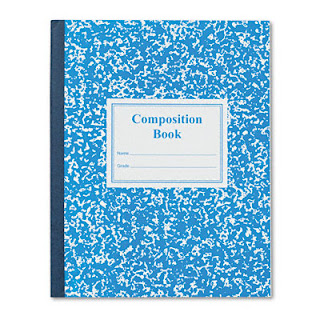 I woke up early today, though I thought I'd sleep longer, later, deeper, and started the morning by reaching for my book--to tuck in another chapter before I punctured the haze of sleep, before reality claimed me. Early morning reading used to be a habit of mine back in graduate school. During the semester, I'd finish whatever I'd abandoned  bleary-eyed the night before, whether it was literary criticism for a class I was taking or an essay for the class I was teaching. Over vacations, this habit turned into a delicious luxury as I reached for the novel on top of the stack of the many waiting for me. After I became a wife and a mother, other voices called me from my sleep, and I've only revived this custom since my children no longer sleep under my roof.

It's one of those hazy, end-of-summer days, the humidity frosting the outside of my windows. My husband just stopped his mowing to take refuge in our air-conditioned kitchen, wiping his face with his shirt, though it's just 9:30 a.m. I'll have to water the plants early, even though we watered them late yesterday, while farm market eggplant roasted in the oven for our dinner.

Despite the heat and my flowers overflowing from their containers on my deck, all of them tumbling in a freefall fight with each other for attention, I feel the pull of fall. Classes began this week for me, a sure marker. As I drove the long stretch of 79 to work, I  warily eyed the "Bridge May Freeze Before Road" signs. I'll drive those roads as the leaves change, then drop, white-knuckling the early snowfalls. Soon the next few months will soon become a jumbled clump of days filled with classes, assignments, conferences, and grades, my students and I emerging changed people.

I've always loved the newness fall brings. As a child, I stood in front of the small school supply section in the local drugstore, touching the pens and pencils with anticipation. I still buy notebooks every semester, delighted in the ever-expanding selection of covers. This year my daughter and I walked through the many aisles of Target devoted to back-to-school shoppers. We weighed the color choices carefully, ending up with simple bright blue, green, and pink composition books.

"Do you need pens?" she asked me, in a strange reversal of roles.

Perhaps it's that strange reversal of roles that kept me in bed this morning, that had me reaching for fiction about Sullivan's Island instead of beginning my day. Fall brings something new for all of us, and my children leave my home for other lives, for growth that doesn't include me. The first to go this year was my oldest; rightly so, I guess. He left our vacation a day early, driving 11 hours straight to arrive in Morgantown for an editorial meeting the day before classes began. A little over a week later, my youngest left for San Francisco, struggling to pack all she'd need for four months into suitcases that didn't weigh over 50 pounds and a carry-on that would fit in the overhead compartment. My oldest daughter left on Wednesday, stopping to visit her boyfriend in Florida before she reached her destination in Sacramento. She's lived away for so long that it takes nearly the entire visit home for her to shed her hard armor, becoming the girl I knew just a day or so before she has to leave again. My second son's living only a half hour away, and while he and his girlfriend come back every Sunday for dinner, he's still not here where we all began.

The house misses my children. Sometimes we'll hear doors slamming and drawers closing abruptly. Andy nicknamed this phenomenon "The Energy," blaming the noises on the residual energy left behind by his frenetic sister Laura, but I think the house is perplexed. Where are the feet that pounded up and down its steps, bounding then down the hallway? Where are the hands that threw open the doors, softly closed the doors with a click, sometimes slammed the doors? Where are the voices that called out to each other, to me? The house bristles against the silence, calling the children back with its empty noises.


This morning was a reading-in-bed morning until my husband brought me a tall coffee, steaming hot. Last night we went to the farmer's market, loading our bag with eggplants, tomatoes, scallions, and cilantro. A yellow and orange bunch of zinnias, cosmos, and sunflowers nested in the crook of my arm as we debated over the box of soft chocolate cookies with raspberry filling. We stood shoulder-to-shoulder in line at the cheese truck, lucky, as the cheeseman told us, to get the last piece of Pennsylvania white cheddar. Breaking off a chunk, we shared a bite marveling at our good fortune, and then headed home together to prepare our garden feast.
Posted by Unknown at 1:50 PM 3 comments:

Click here to read my new blog, a food memoir of sorts

Click below for my essay "The Earthquake Kit" in Connotations Press